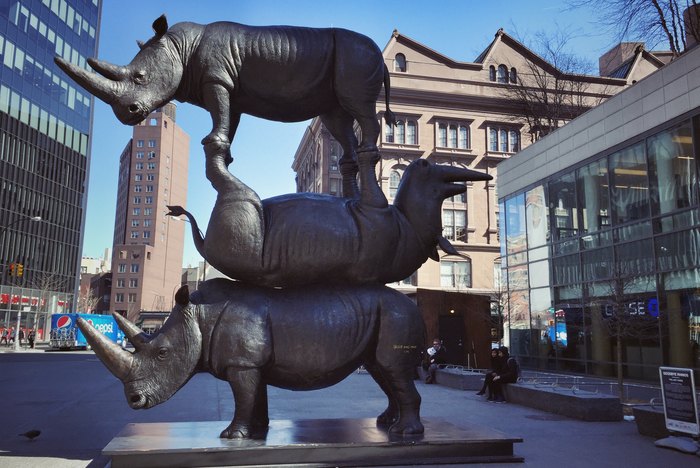 There is a stack of rhinos in Astor Place, and I could have studied the accompanying signs and the artists’ website and then written this piece. Something about the three Northern White Rhinos portrayed in “The Last Three” by an artist couple who go by their first names, Gillie and Marc. But I had questions that those materials didn’t broach. So I reached out to the artists and asked for an interview.

Alas, Gillie and Marc had already left New York. But they agreed to answer a few questions via e-mail. Thus, I will deviate from my interview series – which requires the flow of a real conversation – and present the artists, their mission and their view on New York as well as on activism in a profile sprinkled with quotes. And rhinos, of course. Even a real rhino, not a bronze. 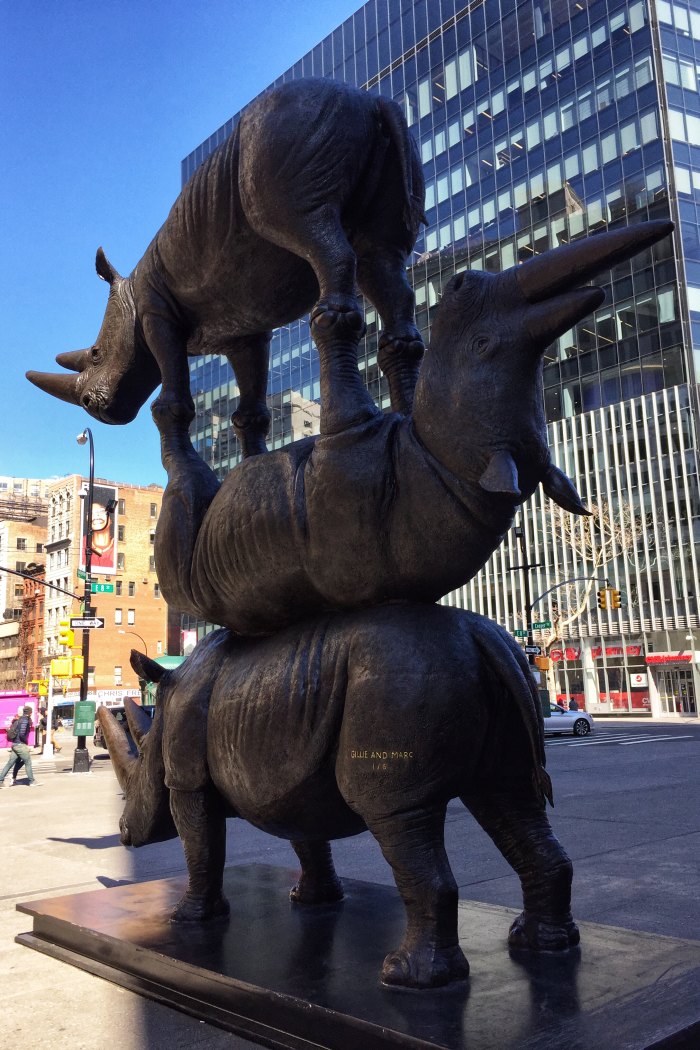 It’s not easy to get a hold on Gillie and Marc Schattner. They seem to be all over the place, leaving a trace of sculptures wherever they went. In New York, a bunch of dog-headed bronzes aiming cameras at passersby met their smartphone-wielding counterparts last year, spreading over social media, before the physical world versions disappeared. That had been scheduled. Five years ago, in Sydney, a different set of dogs made from fiberglass were mostly stolen. Maybe their title “Lost Dogs” had been sending an unintended message.

Gillie and Marc and “The Last Three”

Their latest work, however, is all about a message so intentional it blurs the line between art, activism, and advertisement. In March, Astor Place’s beloved “Alamo” installation, also known as the cube, was suddenly outsized by an even taller work: a 17 foot sculpture of three rhinos by Gillie and Marc, accompanied by signs that educate about these animals that are almost extinct. “We knew that, in order to make a difference, we needed a strategy involving unprecedented global support like never before”, the artists tell me via e-mail. “That’s why we decided to create the world’s tallest rhino sculpture, and install it in one of the world’s biggest cities!” 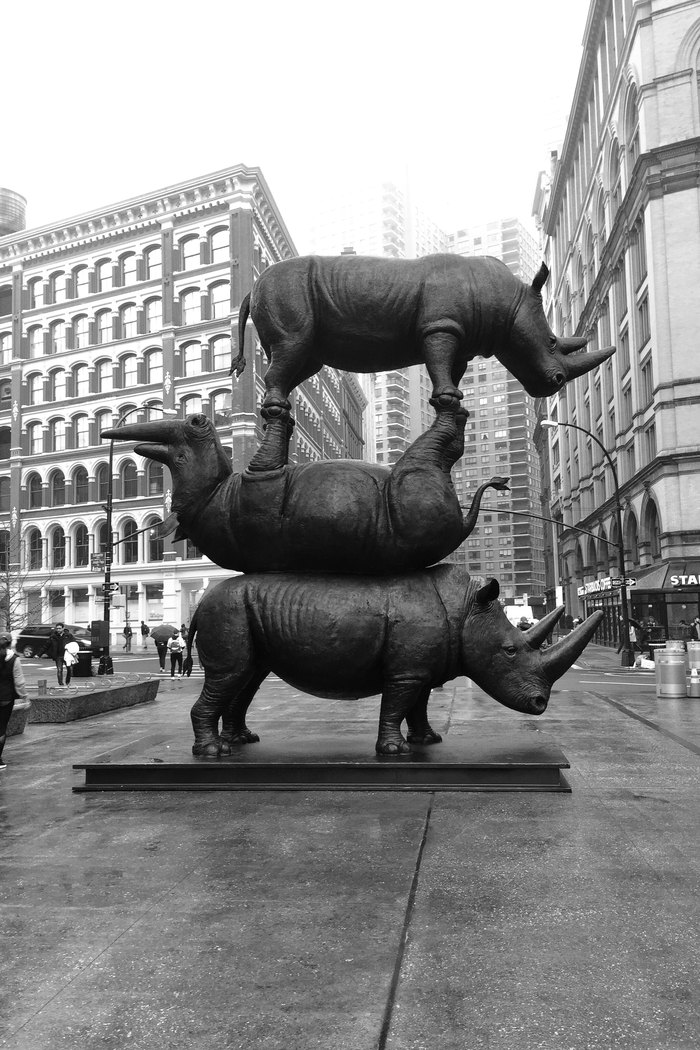 I have no idea how many rhino sculpture exist around the world, but I have a hunch that creating the tallest among them is not the most remarkable thing an artist could hope to achieve. And indeed, even though Gillie and Marc really like to mention that superlative, when we touch on visions for what they want to achieve as artists, size doesn’t seem to matter anymore. I dusted my magic wand, waggled it in front of them (well, they had to imagine that, of course, but being visually thinking artists, I think it’s safe to assume they did), asking them to tell me their three wishes. This is what they wrote back:

“We would ask for our art to eradicate all wildlife poaching, to help the world embrace diversity and acceptance (celebrating each person’s unique differences rather than resisting them), and we would ask for those who see the art to feel loved and know that they’re never alone.”

When poaching leads to public art

Wildlife poaching is at the center of “The Last Three”. Rhinos have been around for millions of years in Africa, and the large amount of vegetation they eat in order to sustain their massive bodies on a vegetarian diet is an important factor for balance in their natural environment. But rhinos are hunted for their horns, either by international trophy hunters or to support a business based on the (mostly Asian) belief in rhino horns’ medicinal and aphrodisiac power. 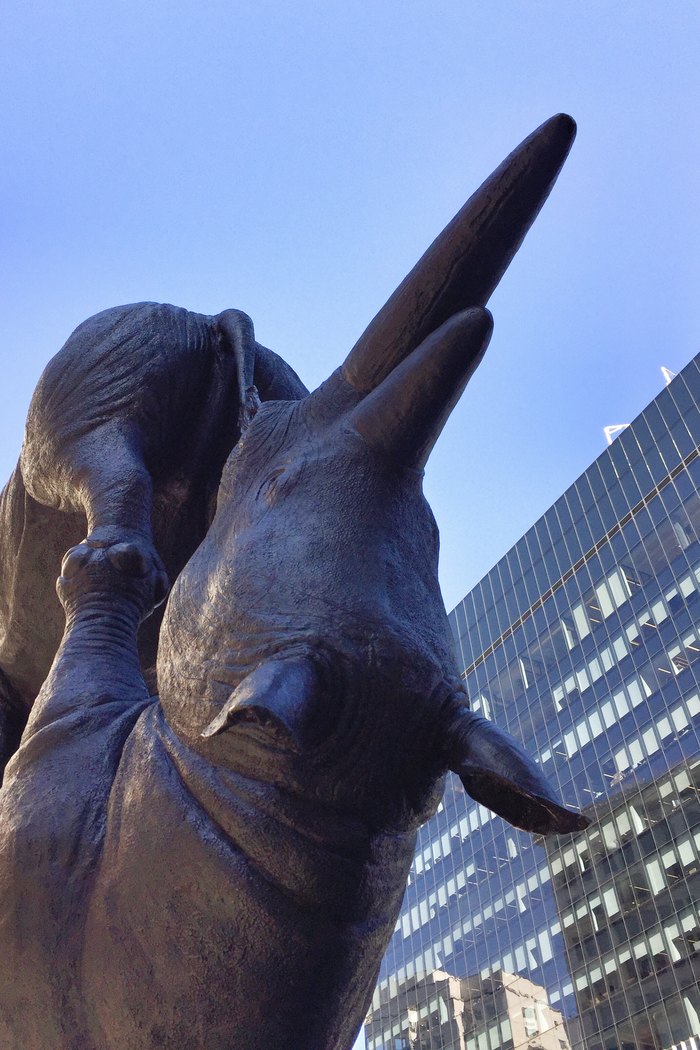 The demand is so great that poaching has endangered several kinds of rhinos. The three animals the sculpture depicts are Northern White Rhinos – and the last of their kind. They live a protected life – with 24-hour armed guards – on a sanctuary in Kenya, but they cannot breed anymore.

Gillie and Marc Schattner have been following the fate of several kinds of rhinos in Africa for a couple of years. In 2017, they got a chance to meet the Northern White Rhinos called Sudan, Najin and Fatu, and they are still swooning over how they spent a week as close to the animals as possible, hugging and tickling them every so often. 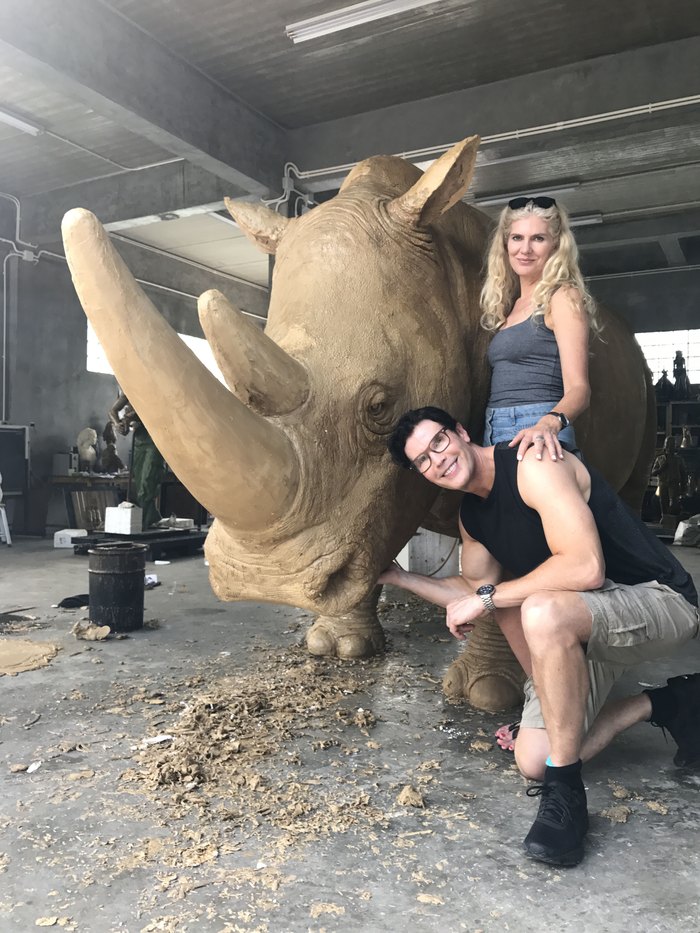 As you can experience in Astor Place these days, those three rhinos are large, heavy animals. And of course I thought they were wild. Little did I know. “Sudan is a sweet old boy, and very tame. He is hardly wild, as he was captured as a young rhino, and taken to a zoo in the Czech Republic. They returned him to Africa in the hopes that breeding attempts would be more successful in his natural environment”, Gillie and Marc tell me about their visit at Ol Pejeta Conservancy, going on about how they fed him carrots and how he liked to be tickled behind the ears. “It helps you gain a deep appreciation for a gentle creature that might otherwise be misunderstood for its size and strength.”

A rhino petting zoo and even bigger pictures

Immediately, my brain creates images of a rhino petting zoo (see? I can imagine things visually, too!), and it turns out that isn’t too far off. The artists see an even bigger picture – and they go as far as promoting a travel company that offers trips to see the last Northern Rhinos in Kenya. Booking with them is one of several suggestions on how to help on their “Goodbye Rhinos” website.

“Visiting rhinos in person offers many benefits to the species”, Gillie and Marc tell me, “as it brings money to the local economy. This helps regional communities gain an appreciation for the animal, and join in their protection rather than poaching.”

Instead of some place in Africa or Asia, Gillie and Marc chose New York as the first location to place their sculpture of Sudan, Najin and Fatu. Because New York, to them, is an art hub that creates global trends and discussions. However, that also makes it harder to cut through the noise. And this is why Gillie and Marc Schattner stacked rhinos in Astor Place: “We decided to stack the rhinos on the one hand for visibility. We wanted the sculpture to be unique and eye-catching, in order to draw more attention to the cause”, they write. In the same breath, they link their eye-catcher’s design to a deeper thought.

“The bronze rhinos are delicately balanced in this position. This balance is representative of the fragility of the species and nature as a whole. If we don’t restore the necessary balance of nature, soon it won’t only be the Northern White Rhinos who are lost. We wanted to relay the message of how the species struggles to stay alive, and the importance of preserving the natural order of things.” 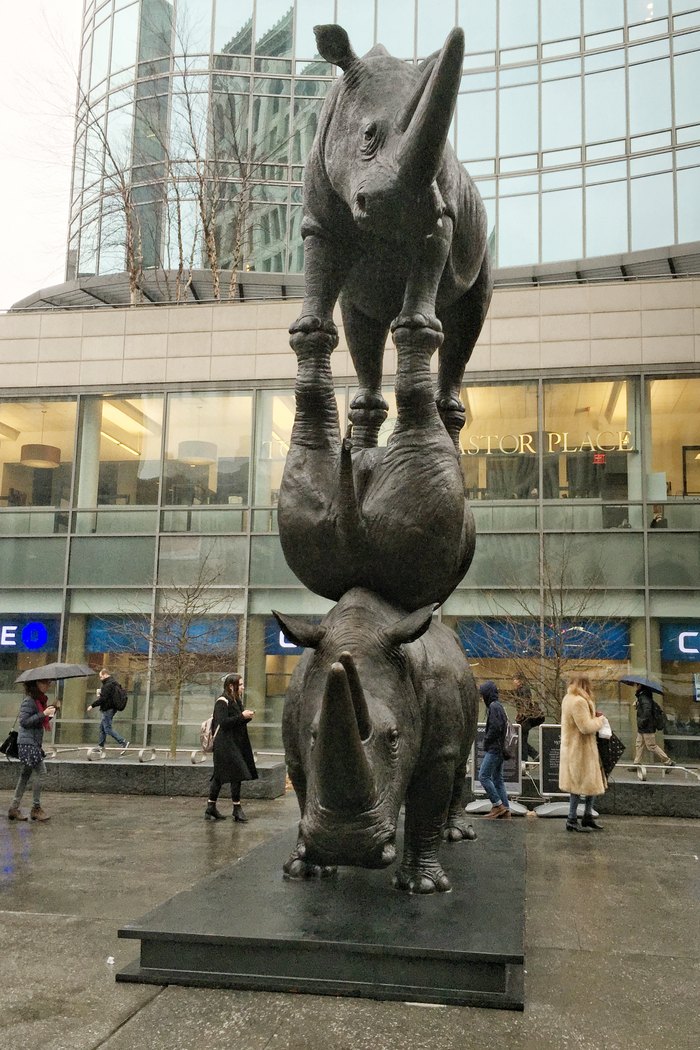 They both work as artists full time nowadays, using their experience in graphic design (Gillie) and from a career in advertisement (Marc) for the cause. For instance, their Kickstarter campaign for “The Last Three” brought them 54,015 Australian Dollars and a lot of attention. They call “The Last Three” a campaign, with a website full of calls to action, a hashtag, an app, and more sculptures in other cities to follow.

But even though the four years the artist couple and their children called New York home have long passed – they moved to Sydney in 1999 – there was no question about where to start, and when I ask about New York, I get a lot of exclamation marks in return. “New York City is always buzzing! Since the 90s, it’s been on the forefront of global trends, with world leading activities and experiences!”, Gillie and Marc write. “There is always something to do and something to see in New York City, and it’s never long before the rest of the world follows suit.”

A few days after their sculpture was installed on Astor Place, one of the rhinos died. It was Sudan, the last male Northern White Rhinoceros, with whom the artists had cuddled not too long ago.

You like the way I write, but you can’t read German? Click here to find more interviews in English. 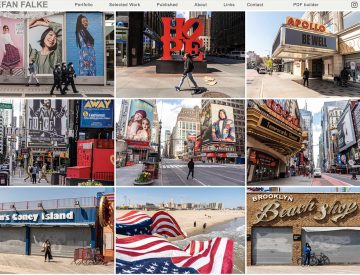 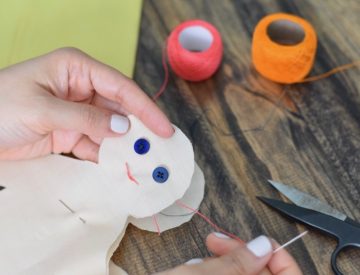 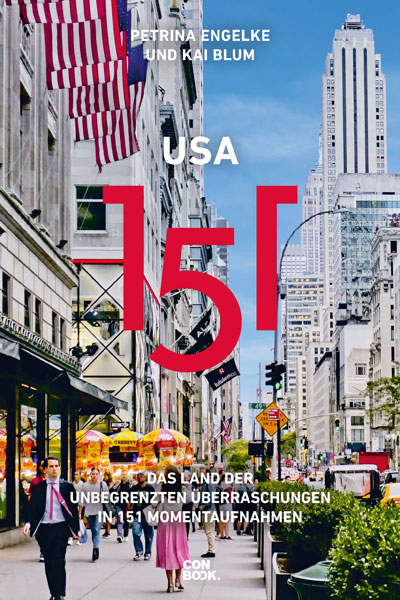 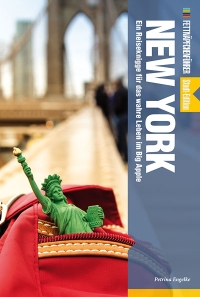